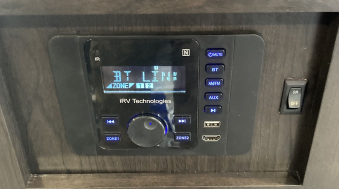 The wife and I recently customized and purchased a 2021 Jayco Jay Feather 24BH. We absolutely love it! As part of our custom built unit, we added, among other things, a 200 watt solar package to support our extended off grid trips. We have spent, and intend to spend, quite a bit of time boon docking/dry camping. Because of this, we wanted to maximize our energy storage and minimize our energy usage.

One item that immediately stood out was that the entertainment system and power amplifier was “always on”. I fully understand the concept of parasitic electric drain and, in various capacities, it is a necessary evil like keeping your PCM/BCM powered. But keeping the entertainment system and power amplifier is not something we need powered on 24×7. So what did I do? Added a toggle “on/off” switch of course!

Equipment used in this mod: 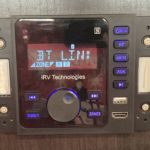 What I found was a rat’s nest of wires. I cleaned it up but, unfortunately, I didn’t snap a pic afterwards.

Once I pulled the units, I located the positive + and negative – wires. In this case, it was a white and grey wire tied to both units. 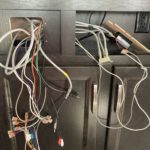 Next, I measured the toggle switch and cut a hole in paneling which would house the toggle switch. I had an “oopsies” moment and accidentally cut the hole larger than intended (the Dremel slipped). 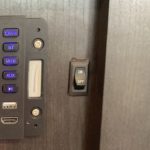 In the end, I was really happy with the results. 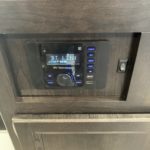 By the way, I used the opportunity to clean up the TV wiring while I had the panels off. 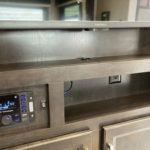 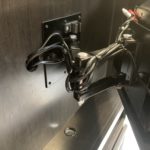 Super easy mod. All completed in less than 1 hour.